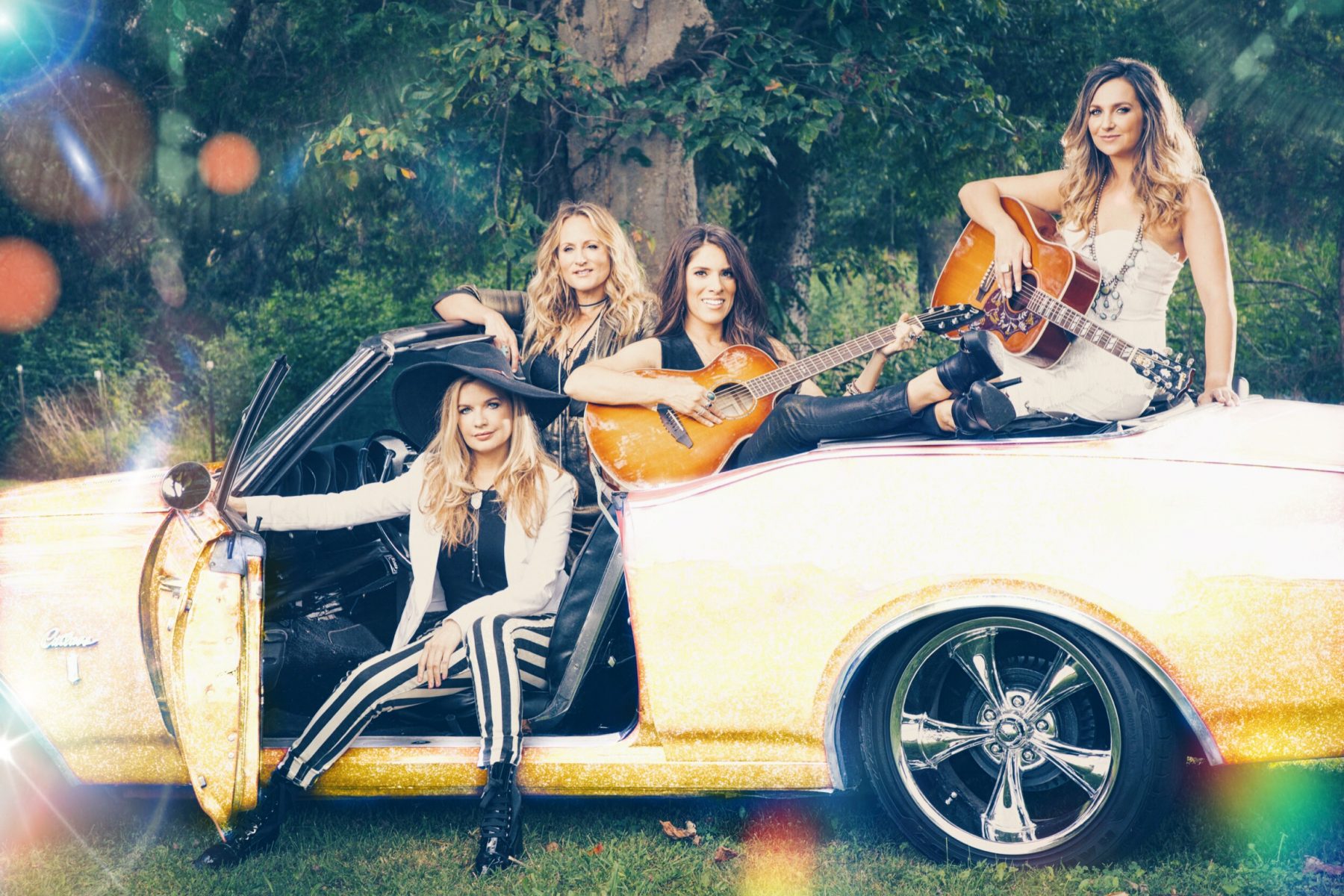 Named after a haunting Bob Dylan song, Farewell Angelina is an all-female country group with four powerhouse vocalists, dynamic songwriters and accomplished multi-instrumentalists. Their stellar blend of heart-stopping harmonies over blazing double violins and guitars has earned soaring praise across the board. Roughstock calls them a “Superstar Act… with Killer Songs.” Rolling Stone says, “Wickedly smart songwriting delivered with a healthy dash of sass… deft playing… into one sonic knockout punch.”

A band of longtime friends, Nicole Witt, Andrea Young, Lisa Torres & Ashley Gearing all met pursuing their dreams in Nashville, TN. Each deeply respected and admired one another while they were building successful solo careers, touring and recording with top artists, and writing songs for some of Country Music’s biggest hitmakers. When they heard the undeniable magic of their voices together for the first time, they couldn’t wait to take their show on the road. Major opportunities soon followed including singing the National Anthem for Thursday Night Football, The Unbridled Eve Gala for the Kentucky Derby, the ACM All-Star Jam, and the Albisguetli Schutzenhaus Festival in Switzerland.

Farewell Angelina’s chemistry lives in watching each other shine, and most of all, creating moments every night with the Country Music fans they love so much. The relationship they share with their fans won them the fan-voted “Hot Seat” spot of the Taste of Country 2017 “RISERS” Program by over 20,000 votes. They’ve also been named among Rolling Stone’s “New Artists You Need To Know,” and Roughstock’s “Ones to Watch” with a tour schedule to prove it. The girls have opened shows for the likes of Kenny Chesney, Old Dominion, Frankie Ballard, Jake Owen, Billy Currington, Maroon 5, and Trace Adkins, to name a few. The girls joined the Bacon Brother’s (Kevin & Michael) as the opening act on many dates of their last two summer tours. They are currently headlining their own “Women & Wine Tour” to packed crowds across the US. The girls will close out 2018 having played over 75 shows.The band’s highly anticipated “Women and Wine” EP is set for release in January 2019. farewellangelinamusic.com