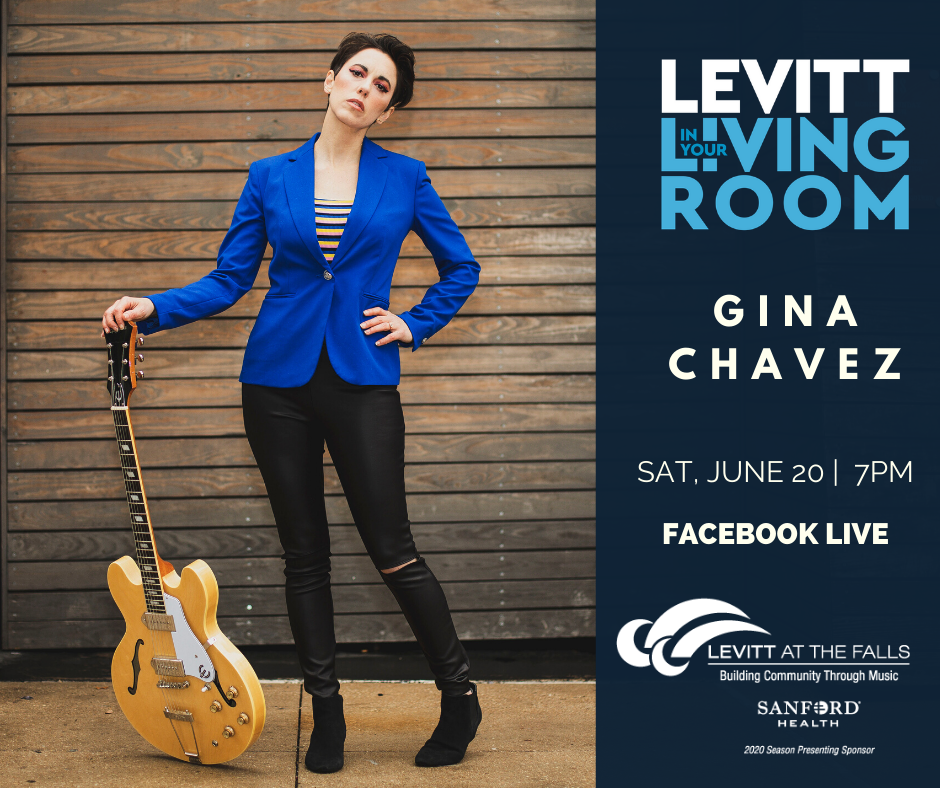 Join us for a live interview with musical powerhouse Gina Chavez during Sioux Falls Pride weekend, as she shares an evening of music and conversation with Levitt at the Falls on Facebook Live.  Click here to watch Levitt in Your Living Room: https://www.facebook.com/levittshellsiouxfalls

Gina Chavez is blending the sounds of the Americas with tension and grace. A 12-time Austin Music Award winner and 2015 Austin Musician of the Year, Gina explores the true meaning of “americana” as she and her five-piece band take audiences on a high-energy journey through Latin America and beyond.  She and her band can now be seen on PBS in Gina Chavez: Live from the Kate. She has completed a 12-country tour as cultural ambassadors with the U.S. State Department, uniting audiences from Texas to Uzbekistan and Venezuela to Saudi Arabia. Her bilingual album, Up.Rooted, topped the Amazon and Latin iTunes charts following a feature on NPR’s All Things Considered and her Tiny Desk concert has more than 900,000 views. Gina’s Spanish-language anthem, “Siete-D,” won the grand prize in the John Lennon International Songwriting Contest.   ginachavez.com