KORY & the FIREFLIES | Levitt in Your Living Room 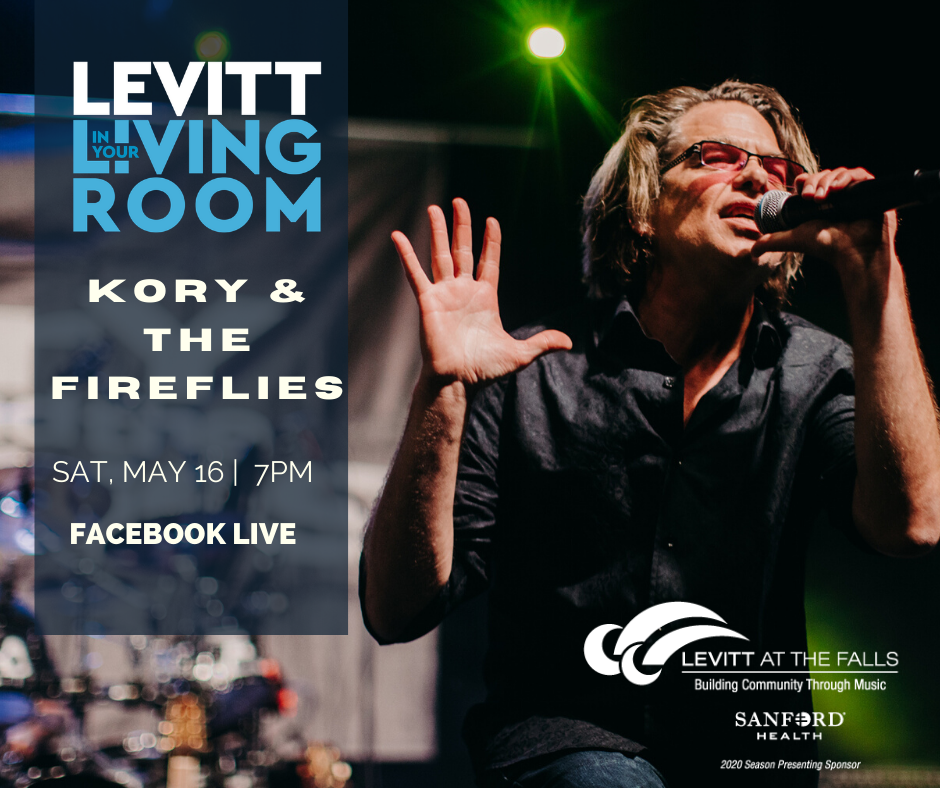 Join us for an exclusive, behind-the-scenes interview with Kory Van Sickle, lead singer of KORY & the FIREFLIES, as he revisits some of his favorite musical moments and shares some new material exclusively for Levitt at the Falls on Facebook Live.

What is Levitt in Your Living Room?  It’s a sneak peak, it’s a deep dive, and it’s a musical experience to connect as a community!  Levitt in Your Living Room is a chance to get to know some of the amazing artists set to perform on the Levitt stage in our 2020 season.  This new digital program will give you a chance to get to know these artists and introduce you to the amazing performances to come at the Sioux Falls Levitt Shell.

KORY & the FIREFLIES were formed the summer of ’94 and founded by the band’s leader, Kory Van Sickle; they have been writing, recording and performing ever since. In the band’s 25 years performing, they’ve released four full length studio CDs, two live DVDs, shared the stage with over 70 national acts and had airplay in all 50 states with their singles, “Sometimes”, “Virginia”, “Pop Fly” and “Everyone “. KORY & the FIREFLIES have always made an effort to create positive music and positive moments for their audiences and continue to do their best to spread peace and love in hopes of helping make the world just a little brighter…like a firefly.