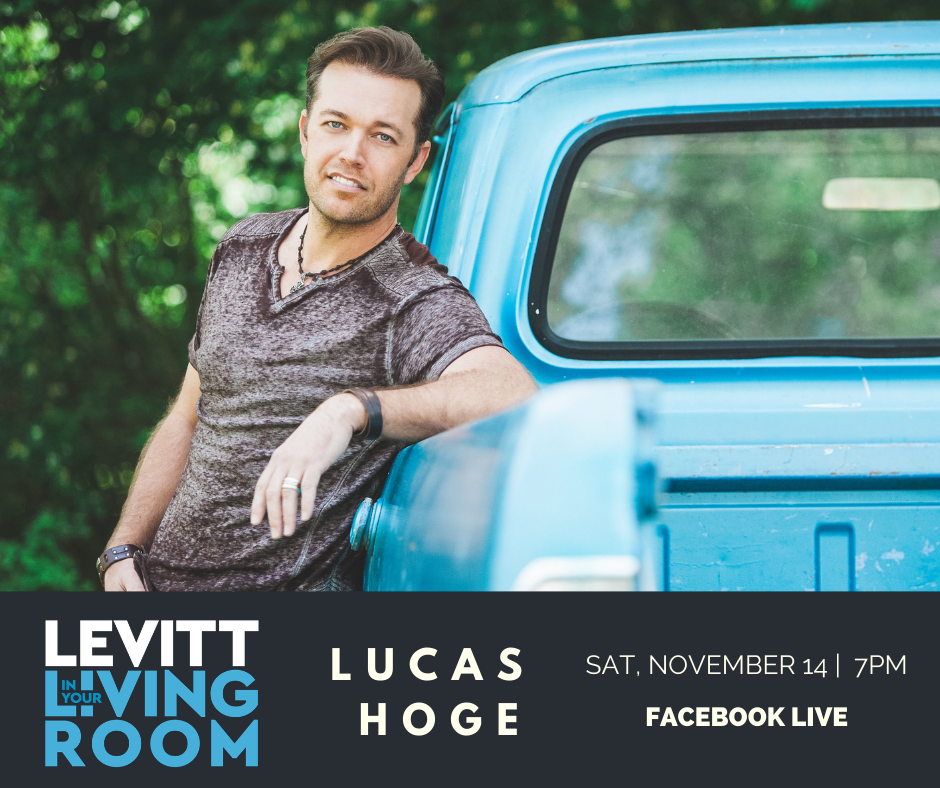 Join us and meet up and coming country star Lucas Hoge, as he share an evening of music and conversation with Levitt at the Falls on Facebook Live. Click here to watch Levitt In Your Living Room: https://www.facebook.com/levittshellsiouxfalls

Some people are just born communicators, and Lucas Hoge has that gift. Fans know this because Hoge’s new album Dirty South ascended to the No. 1 spot on the Billboard Country Album Sales chart during its debut week. Hoge’s title track “Dirty South” is also currently climbing the charts and gaining momentum on country radio. Whether he’s performing for troops overseas, sharing his love for the great outdoors with fellow sportsmen at a Cabela’s gathering, or writing another song for a hit TV show, Hoge has that rare ability to find common ground with just about anyone and draw them into his world. lucashoge.com

Join us on the second Saturday of each month at 7:00pm (CST) on Facebook Live to experience Levitt In Your Living Room.