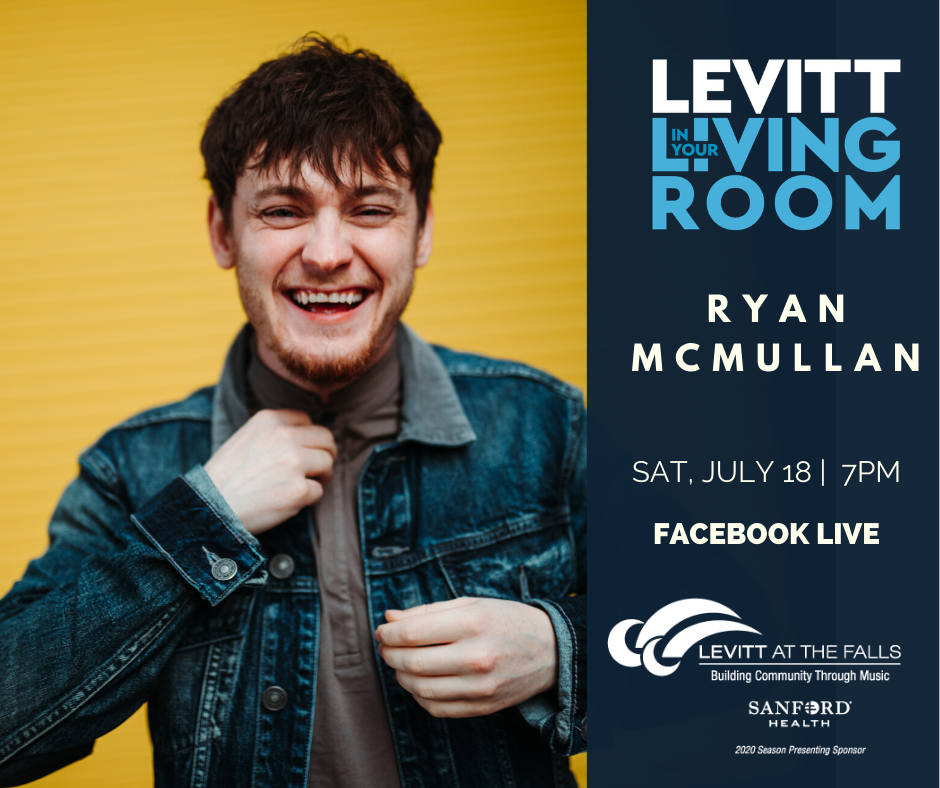 Join us for a live interview with Irish pop sensation Ryan McMullan as he shares an evening of music and conversation with Levitt at the Falls on Facebook Live.  Click here to watch Levitt in Your Living Room: https://www.facebook.com/levittshellsiouxfalls

Ryan McMullan’s talent is a rare jewel in the crown of the current popular music scene. With a voice that has been described as “soulful,” “haunting” and “reminiscent of Paolo Nutini and early Tom Waits,” Ryan McMullan is one of Northern Ireland’s rising stars in the singer-songwriter scene. Accompanying himself skillfully on both the guitar and the keyboard, the humble, kind 20-something made a meteoric rise from singing in pubs and bars near his hometown of Portaferry to selling out major venues and touring with prominent artists such as Foy Vance and Ed Sheeran, capturing audiences with a powerful yet gentle voice that Snow Patrol front man Gary Lightbody has described as “the voice of an angel.” ryanmcmullanmusic.com