SDPB TV: No Cover, No Minimum featuring KORY & the FIREFLIES at the Levitt 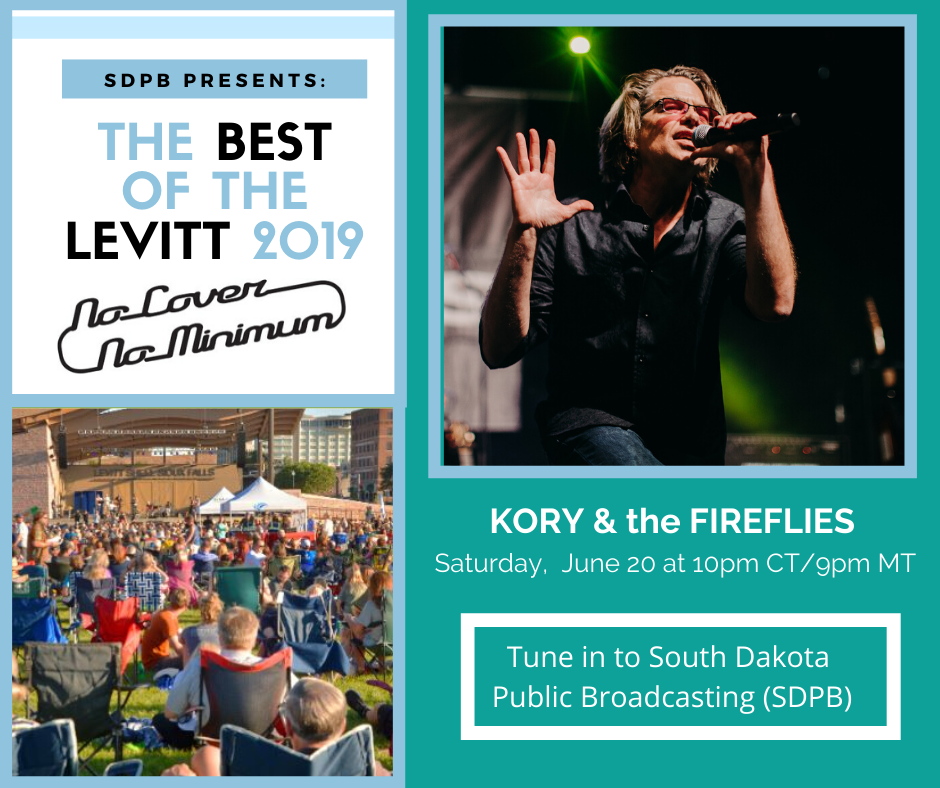 Want to re-live some of the magic from last year’s concerts? Check out the TV broadcasts of The Best of Levitt at the Falls 2019. Thanks to South Dakota Public Broadcasting No Cover, No Minimum for partnering with us to share these wonderful concerts from summer 2019.

Tune in for the full KORY & the FIREFLIES performance from Levitt at the Falls on Saturday, June 20th on SDPB Television at 10pm CT/9pm MT or watch online at www.sdpb.org/live/

KORY & the FIREFLIES were formed the summer of ’94 and founded by the band’s leader, Kory Van Sickle; they have been writing, recording and performing ever since. In the band’s 25 years performing, they’ve released four full length studio CDs, two live DVDs, shared the stage with over 70 national acts and had airplay in all 50 states with their singles, “Sometimes”, “Virginia”, “Pop Fly” and “Everyone “. KORY & the FIREFLIES have always made an effort to create positive music and positive moments for their audiences and continue to do their best to spread peace and love in hopes of helping make the world just a little brighter…like a firefly.

KORY & the FIREFLIES was sponsored by: