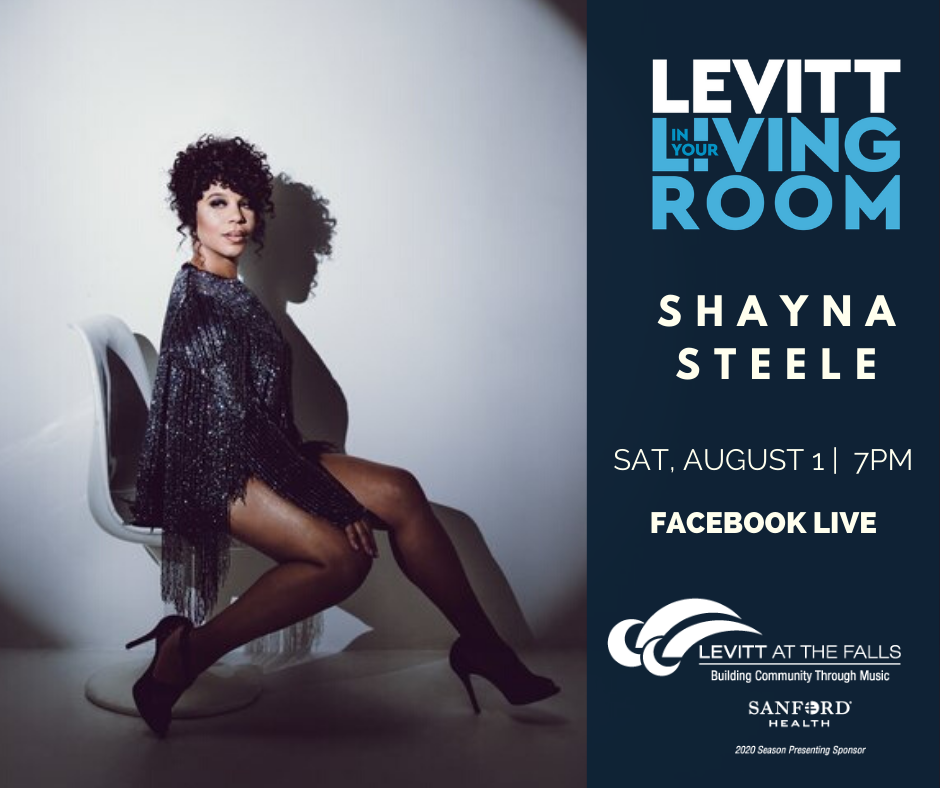 Join us and meet vocal powerhouse Shayna Steele, as she shares an evening of music and conversation with Levitt at the Falls on Facebook Live.  Click here to watch Levitt in Your Living Room: https://www.facebook.com/levittshellsiouxfalls

One of the greatest singing sensations of our time, Shayna Steele brings supremely soulful energy to every performance, as well as her mind blowing vocal artistry and songwriting skills. Shayna has performed with the likes of Rihanna, Kelly Clarkson, Bette Midler and Steely Dan as a sought after background vocalist. Shayna made the decision that being in the background was not an option anymore and has been touring regularly as a featured vocalist with GRAMMY winning trumpeter, Chris Botti.  She was a featured vocalist on Snarky Puppy’s “Family Dinner” and reached #1 on the Dance Billboard charts as a featured vocalist on Moby’s “Disco Lies.” “In one performance, California-born, New York-based vocalist Shayna Steele unleashed enough voltage to light up the West End” (London Jazz News).shaynasteele.com