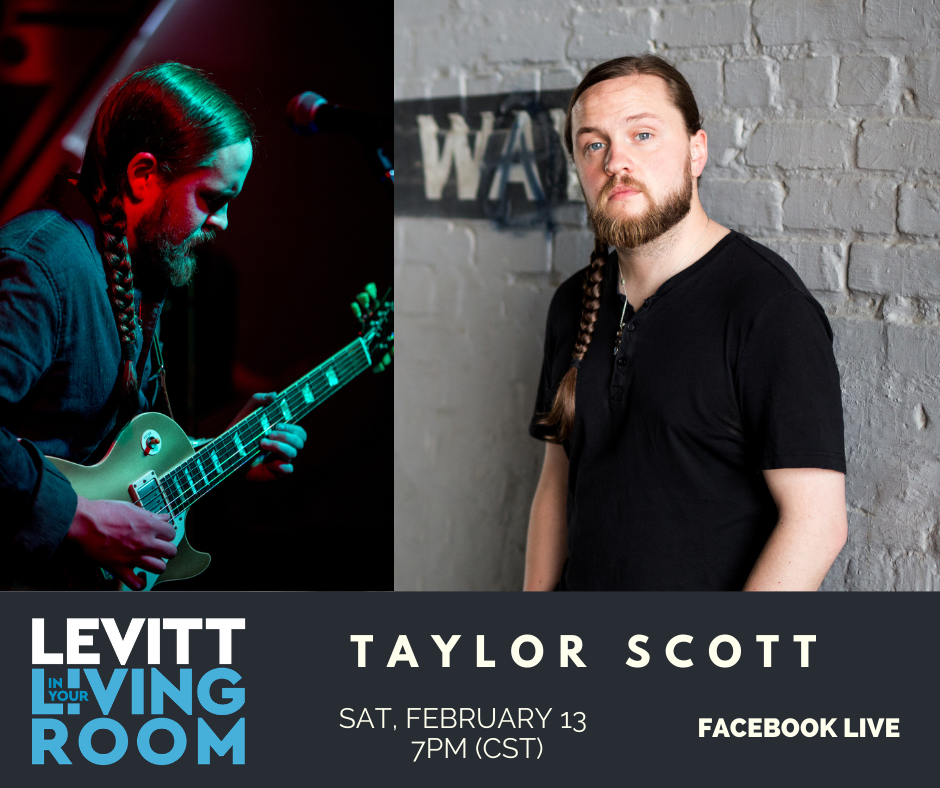 Join us and meet blues guitarist Taylor Scott, as he share an evening of music and conversation with Levitt at the Falls on Facebook Live. Click here to watch Levitt In Your Living Room: https://www.facebook.com/levittshellsiouxfalls

Taylor Scott transcends musical genres by impeccably embracing a raft of them. Funk, soul, rock and R&B all come together in this Denver-based musician’s repertoire. The new album All We Have showcases Taylor Scott’s prodigious talents as a singer, songwriter and electrifying guitarist, and the band’s power, range and versatility.  In addition to touring and recording with his own band, Scott has recorded and toured the US, Canada and Europe with blues legend Otis Taylor and in 2015 played alongside the likes of Warren Haynes (Allman Brothers, Gov’t Mule) on Otis Taylor’s critically acclaimed release, “Hey Joe Opus: Red Meat.” Onstage, the road-tested Taylor Scott Band simply kills it night after night.  Good luck trying to sit down or stay still. taylorscottmusic.com

Join us on the second Saturday of each month at 7:00pm (CST) on Facebook Live to experience Levitt In Your Living Room.