KORY and the FIREFLIES 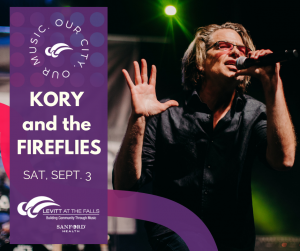 KORY and the FIREFLIES were formed in the summer of '94 and founded by the band's leader, Kory Van Sickle; they have been writing, recording and performing ever since. In the band's 28 years performing, they've released four full length studio CDs, two live DVDs, shared the stage with over 75 national acts and had airplay in all […]