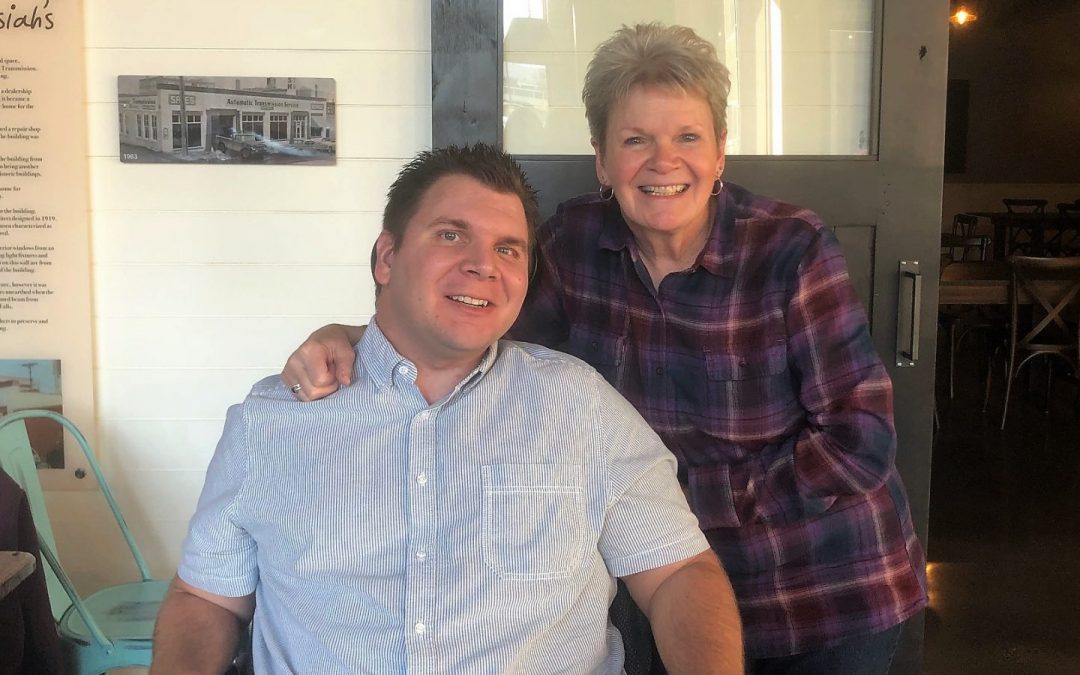 Mother and son duo Karyl Mews and Ryan Bade were at the Levitt almost every weekend during the inaugural season, taking in some great music, meeting friends, and enjoying the outdoors.  Both are long-time Sioux Falls residents, regular arts audience members in the community and self-described “people-people.”

Tell me about your first experience at the Levitt.

Karyl:  We checked it out opening weekend after a children’s concert was just getting done.  We had never been there before, so we got out and decided to walk around and Nancy [Halverson, Executive Director] was there and she introduced herself to us. And then when we came on that next Wednesday to a show she came up to us, and she said, “Hi Karyl! Hi Ryan!”  She remembered our names.

Ryan:  Which is all anyone can ask, to be remembered on a first name basis.  Sold!

Karyl: So then we came as often as we could.  I think some of my friends were kind of getting a little tired of me because I kept talking about it:  “Have you been to the Levitt yet?”  “You need to come to the Levitt.”  “You should come to the Levitt with us!”  I was all about it and telling everyone.  We were excited about it.

Ryan: Indeed. It was just what Sioux Falls needed because there are various forms of entertainment in the region, but none even hold a candle to what the Levitt provides. 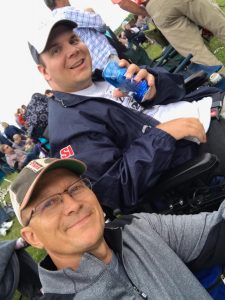 Karyl: We find the Levitt to be very welcoming.  I love the accessibility with the family bathrooms.  I love that they have place for me to park, so I don’t have to run around looking for parking spots. We just like being there.

Ryan: It’s awesome in so many capacities because when I go there I feel so much like anyone else. I don’t feel excluded.

What were some of your favorite shows this summer?

Karyl:  We like the Irish group, The High Kings.  Eleanor Dubinsky I also really liked.  And then there was Jonathan Byrd and the Pickup Cowboys where they played the saw.

Ryan: That was exceptional.  You don’t typically think of a saw being a musical instrument, but he brought it to life. There truly wasn’t much that you brought that wasn’t worth attending.  We were always very excited to get out and enjoy some of what Sioux Falls can attract.

Karyl: There was so much different music.  We really appreciate all the different styles of music, and I really enjoyed some of the local opening acts as well.  It was nice for them to get the exposure.  There is great local talent that I hadn’t heard of before.  I also like the pre-show activities like the dancers prior to The High Kings.  One night they were even teaching swing dancing before the show!

How would you describe the experience at the Levitt?

Karyl: It’s just welcoming.  People bring their kids if they want.  It’s a place to chill out and relax.  Bring your lawn chair or sit on a blanket.  It’s a good way to get to know other people too.  You strike up conversations, and we run into a lot of people we know.  Like I said, “I love it at the Levitt” should be your new t-shirt slogan.

Ryan: I honestly don’t see how at some of the shows you couldn’t have a good time and let yourself go for an evening, and let all the worries and stress of life go and just enjoy.

What do you think is unique about what the Levitt is bringing to Sioux Falls?

Karyl: The location is beautiful.  You are downtown, and the facility itself is beautiful.  Hats off to the bug spray people, because I was never bothered by bugs.

Ryan: It goes back to the concept of loving it at the Levitt, because you can sit and enjoy quality music with exceptional people outside in the summer and not be bothered by insects.  Yes, please! Sign me up.