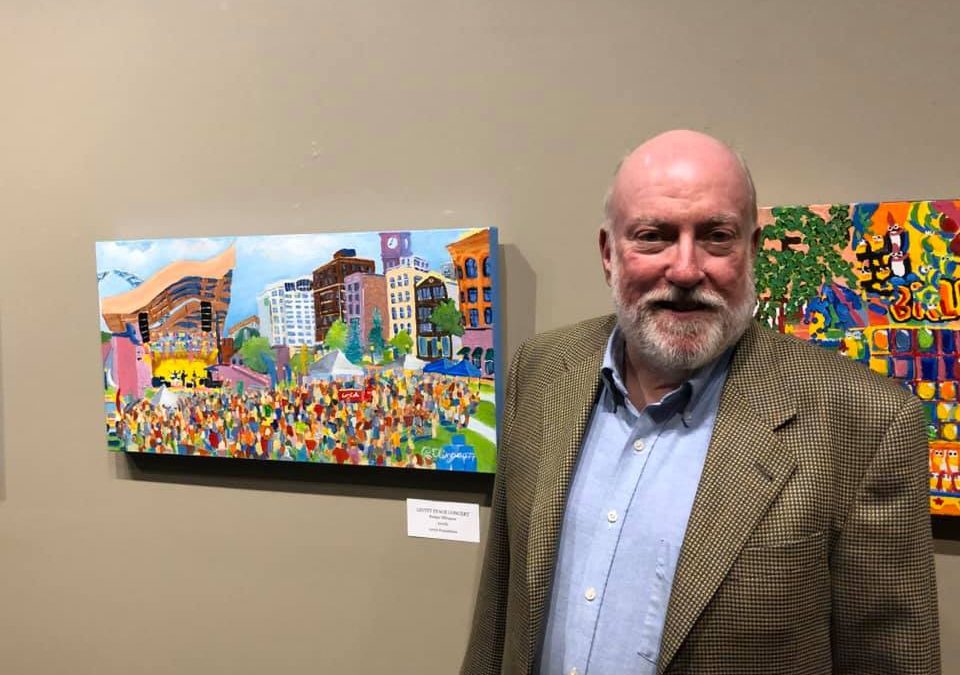 Meet Rodger Ellingson – Levitt volunteer and visual artist! Rodger’s colorful paintings and distinctive style capture the history, energy and beauty of Sioux Falls. Rodger was a regular volunteer on the Levitt lawn in summer 2019, serving as a greeter for many of our concerts. He reflects on his work as a painter and what he is looking forward to for the summer of 2021… back at the Levitt.

Tell us about yourself.

I’m a retired special ed teacher from here in Sioux Falls. Right now, I work part time at the Avera Heart Hospital, they have a guest house, so I work the desk there. For hobbies, painting is probably my main one, over the years I’ve enjoyed canoeing and camping.

How did you get into painting?

I took a little art back in college but never took painting, just did art history, design, and drawing. About 15 years ago I started doing little plein air – on location paintings – mostly downtown, and since then I’ve kept doing that, but I’m working on bigger, larger acrylic paintings.

You use Sioux Falls as the main focus for a lot of your paintings, is there any significance to this?

I do a lot of northern Minnesota, the Black Hills and a lot of landscapes, but I really enjoy downtown Sioux Falls – it’s manageable for a painting. If you go up to Minneapolis, you’re kind of overwhelmed by the size of the buildings, but Sioux Falls is a manageable size.

Have you seen the art scene evolve in Sioux Falls, and if so how?

It’s strange, on the one hand there’s a lot more art going on in Sioux Falls, but in some ways there’s less viewing opportunities. I think some of that is because most of the galleries that were around earlier, like a place called Cliffhangers, belonged to someone and that’s their total income. Now you have Rehfeld’s, who does framing on the side. East Bank is a co-op so no one person relies on that for their income. So I think the galleries kind of disappeared, but the painters and sculptors are really doing a lot more than they used to. You go wandering around to places like Envy studio downtown, and here’s a hairdresser that has art. So, there’s a lot of other little opportunities all over the place.

How did you first hear of the Levitt?

Through Osher Lifelong Learning (OLLI), one of the things I signed up for was find out about the Levitt because it was in the news and hadn’t opened yet, and I went to their presentation. One of the speakers was a friend of mine, and I thought, “oh, maybe I’ll volunteer.” They had a little training session ahead of that first season and they walked through what they were, who they were having coming in, a tour of what they expected, and I think it took off and was much bigger than they dreamt it would be.

What are your favorite paintings that you have done of the Levitt?

I’ve only done two. One watercolor was right up by the stage and then the other one was painted while sitting at the back of the crowd. I painted the whole stage and then the buildings on the side. I really like that view with some of the Levitt looking out onto Phillips, it’s different than when you’re standing on the street.

What did you miss most about the cancellation of the 2020 Levitt season?

I don’t like a lot of Zoom – I can get by on it, but it isn’t the same. Last year, there were some smaller concerts (Levitt in Your Neighborhood) at parks, and I went to a couple of those as an audience member, but it still didn’t have that same liveliness as the big crowds of the Levitt. So, I’m hoping we can work our way back to that once virus is in the past.

Will you be painting on the Levitt Lawn this year?

Yup, I’ll definitely be there volunteering or painting all right. I want to do a big one with the stage and then Sioux Steel on the side because that’s all gonna be changing, and probably another one looking on Phillip’s just to have a different style. 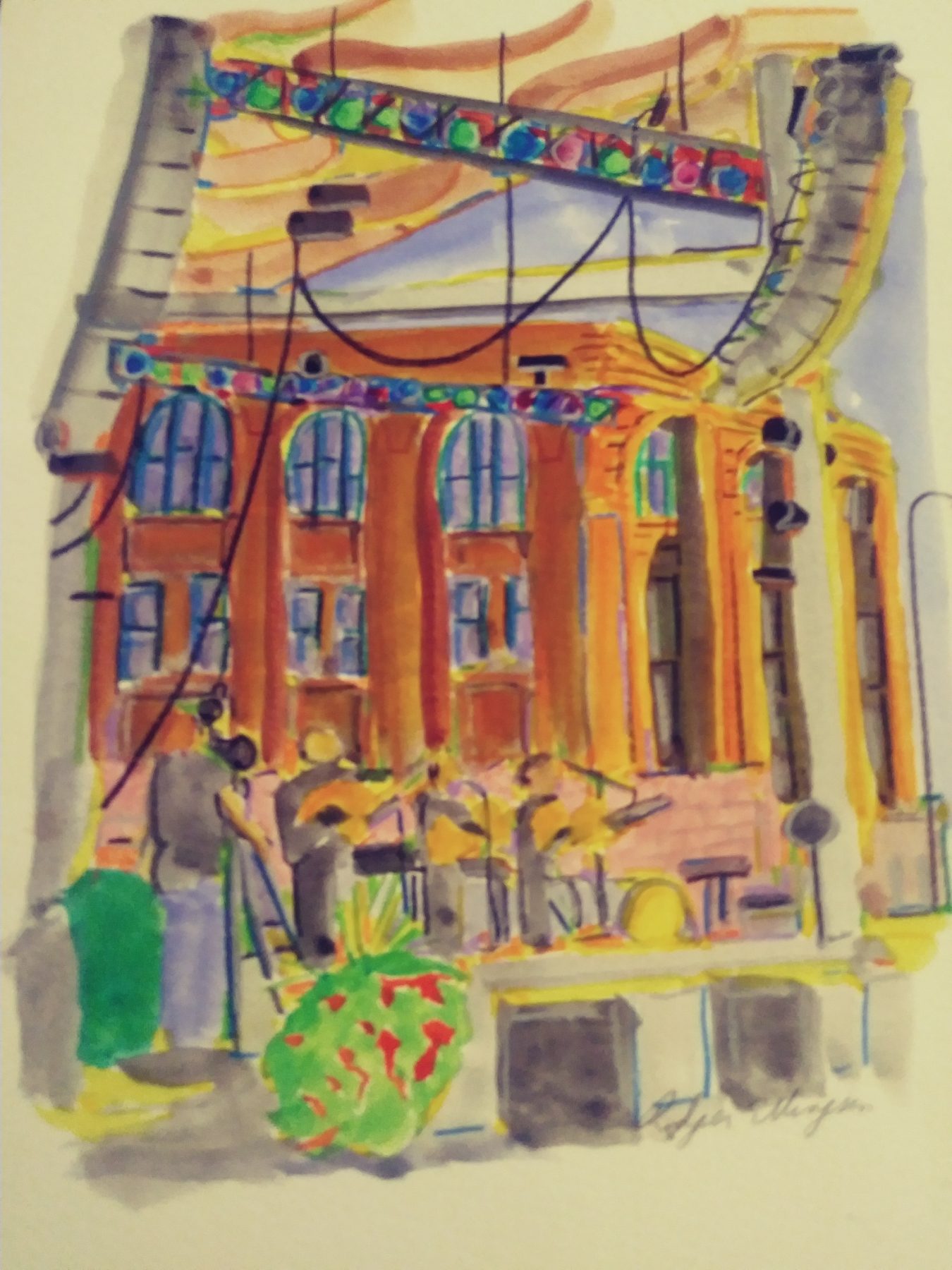 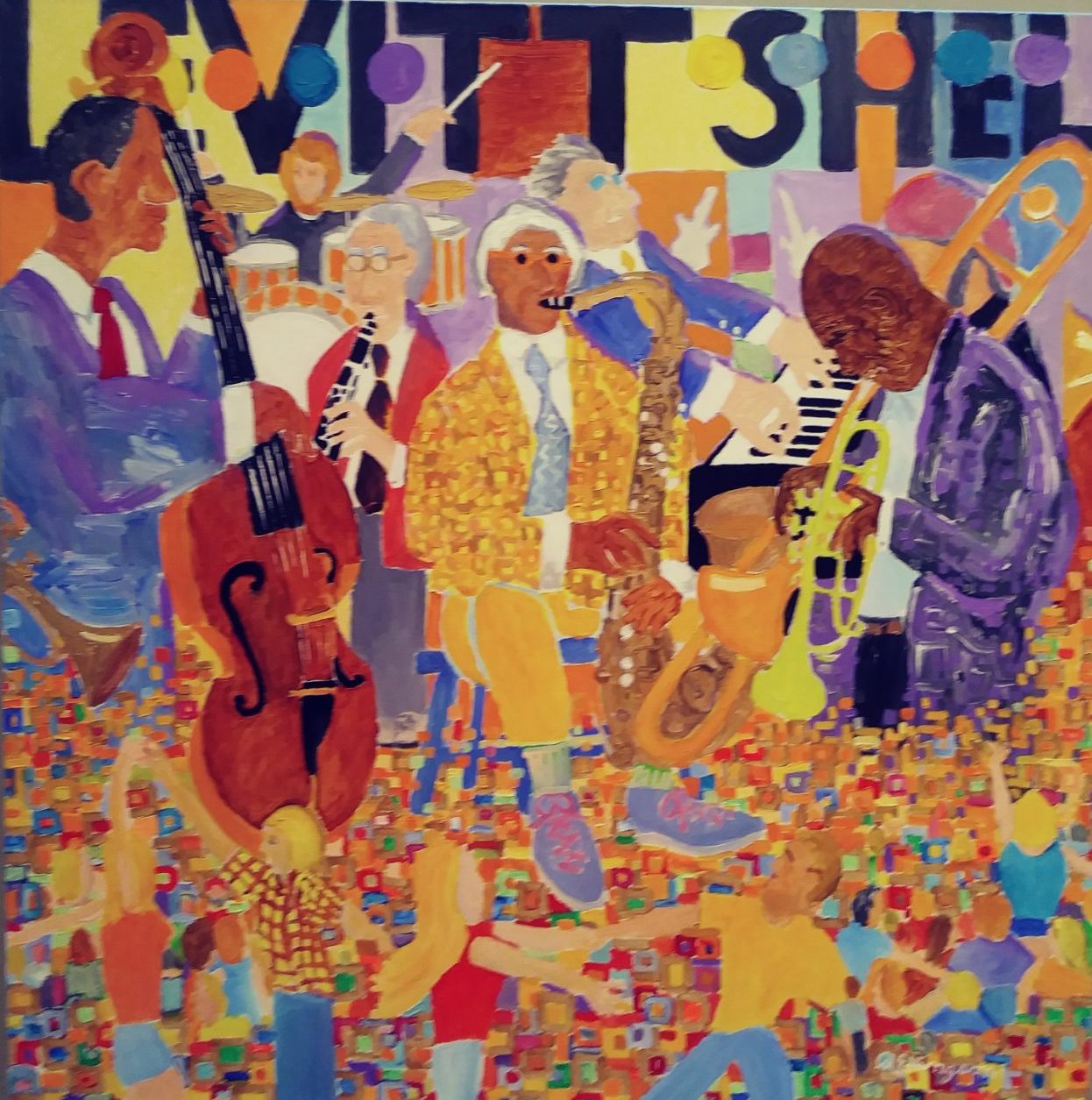 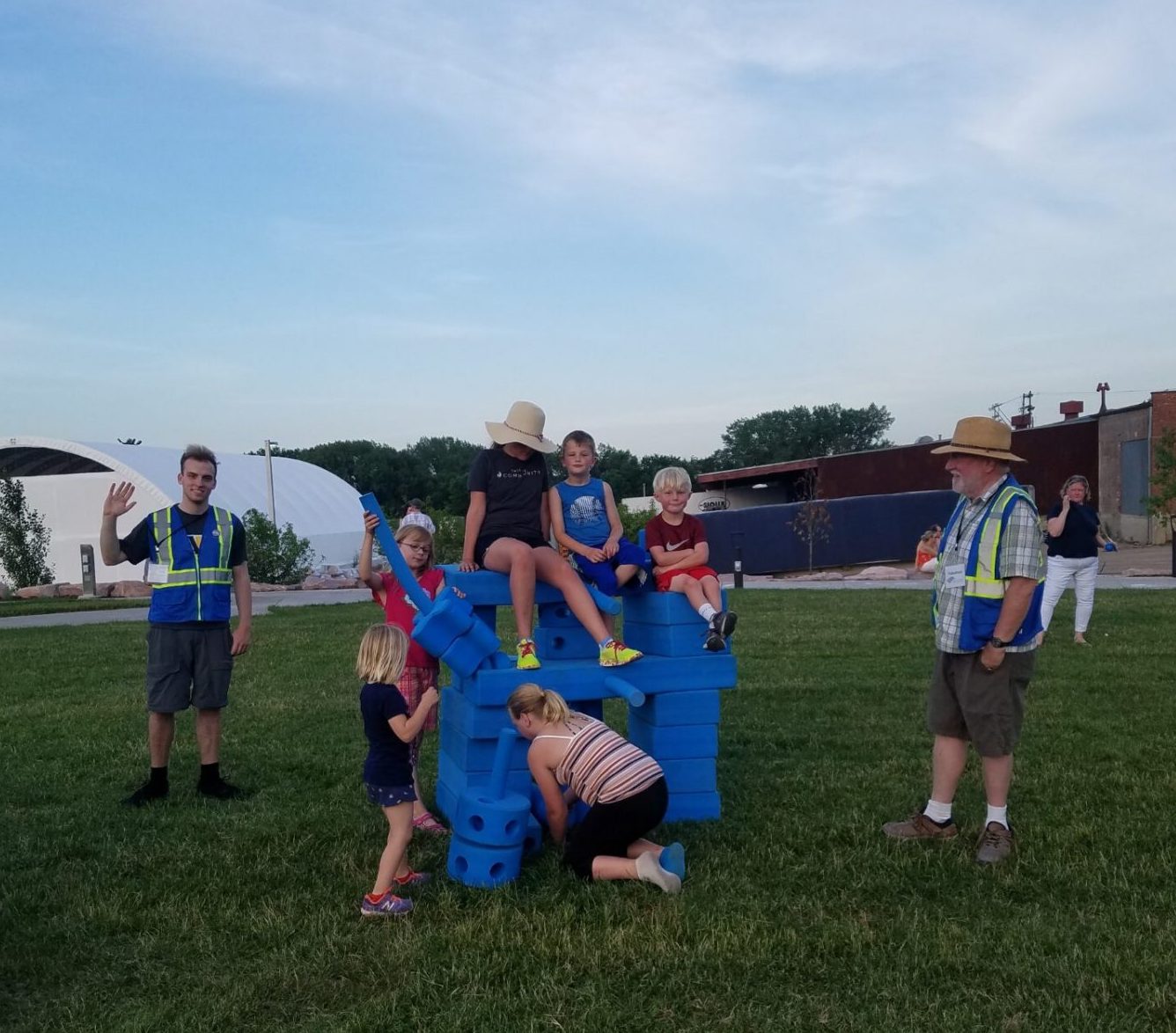 Join us for the 2021 season by becoming a volunteer at the Levitt!