Opening Acts Announced for the 2019 Season 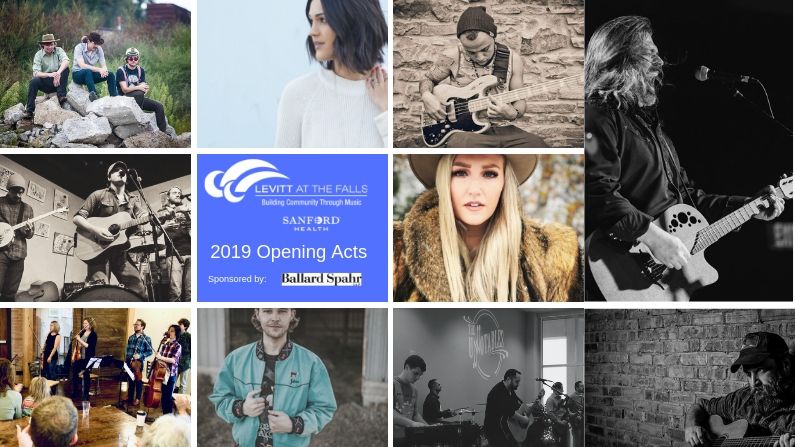 “We are so grateful to Sanford Health for their presenting sponsorship of our inaugural season of FREE concerts at the Levitt Shell” said Nancy Halverson, Executive Director of Levitt at the Falls.  She adds, “ and now, thanks to the generosity of  Ballard Spahr we are able to offer the opportunity for additional musical exposure for our local artists.  We are thankful to Ballard Spahr for supporting this important effort and expanding the experience on the Levitt lawn.  We so fortunate to have so many talented musicians with local ties gracing our stage in our inaugural season”.

Opening Acts for the 2019 Season Include:

The Unnotables – Friday, July 12 (Opening for The Cole Allen Band)

Tyler David – Friday, August 2 (Opening for The Way Down Wanderers)

In addition to Opening Act musicians, Levitt at the Falls will host 2 local food trucks at each concert, beverage sales through JJ’s Wine and Liquor, and will also feature dance lessons, yoga opportunities, children’s activities, and other events throughout the season.    See you at the Levitt!